A great option to improve the XDR's audio quality is to completely replace the stock audio preamp circuit with a new audio board based on a high-bandwidth opamp.  Details about the audio preamp board upgrade: 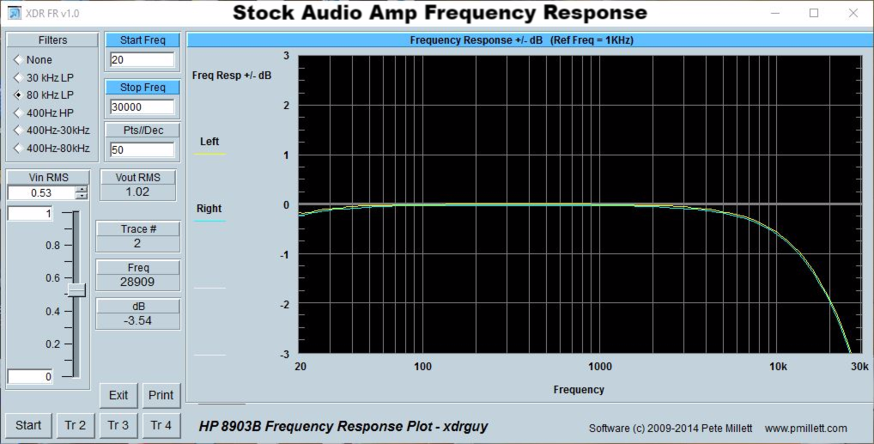 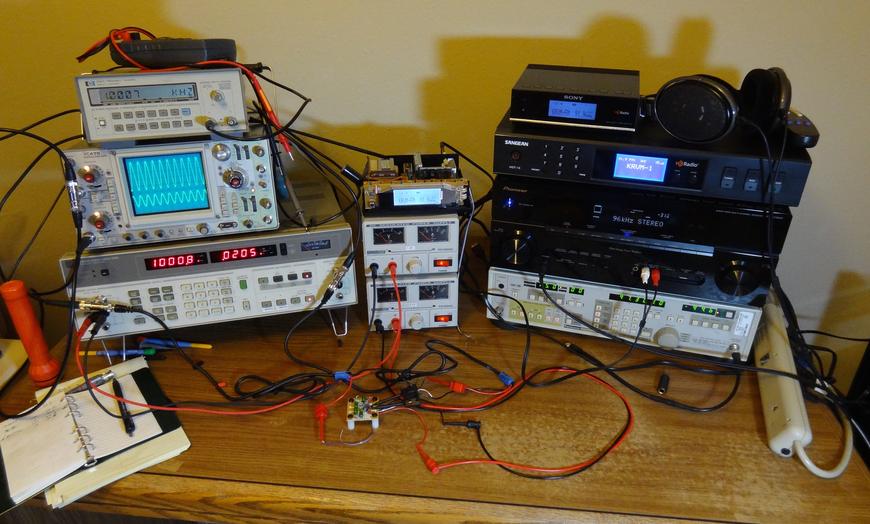 New custom audio board for the XDR-F1HD.  Exact parts used may vary due to availability but will always be equivalent or better. 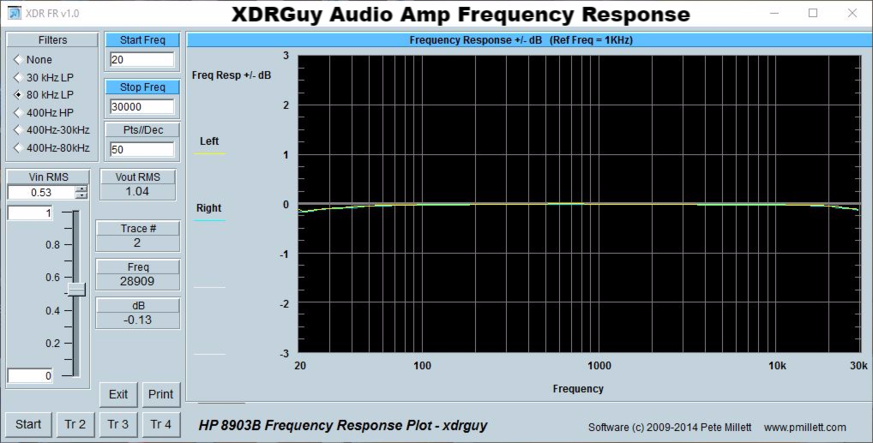 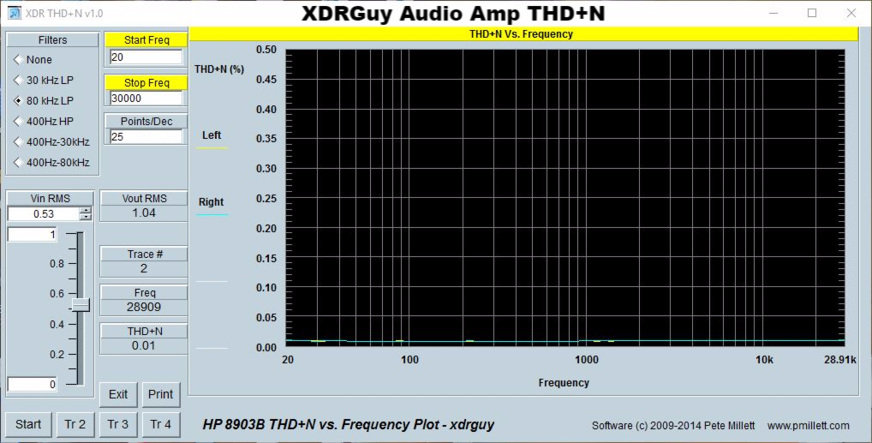 ​Background: Measuring the XDR's FM Frequency Response from Antenna In to Line Out

Data suggests the XDR's analog audio preamp circuit has drooping treble response.  What if Sony did that on purpose to compensate for a corresponding treble boost in its digital processing?  Seems unlikely, but not impossible.

Analog FM frequency response is usually stated as being 30 Hz to 15 KHz so that's the range I measured.  (In the graph, the 30 Hz figures are capacitance-related anomalies and should be disregarded: The XDR’s bass response is down only about -0.18dB at 20 Hz with my audio mods.)

The table & graph show the measured overall frequency response for Unmodified and Modified XDRs, from Antenna In to Line Out, with compensation for FM de-emphasis.  In the graph the 0.00 line is the 50 Hz reference, with deviation in +/- dB from there.  The treble dropoff on the Unmodified XDR from Antenna In to Line Out matches up pretty closely with the same measurements when confined to the XDR's analog audio preamp circuit.

Disregard the 30 Hz measurements: They're anomalies related to circuit capacitance.

Conclusion from this data: The XDR's treble droop is in its analog audio preamp circuit, not the tuner module or DSP section. It can be corrected! 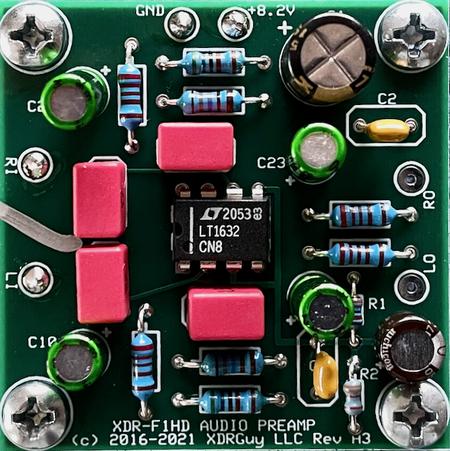 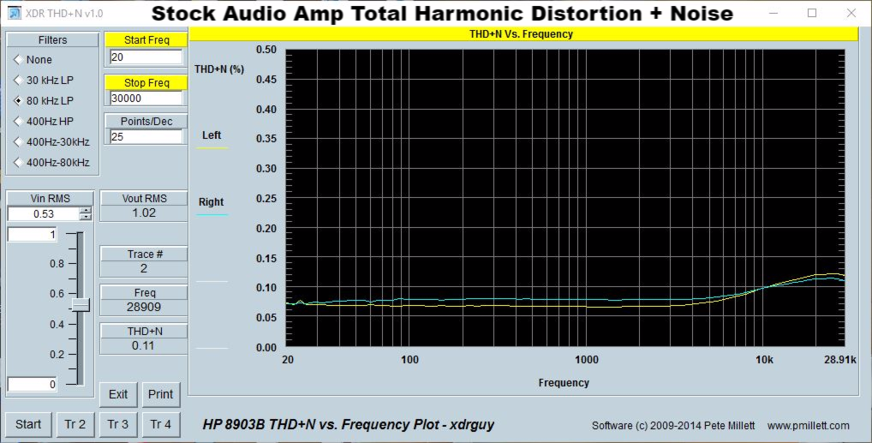 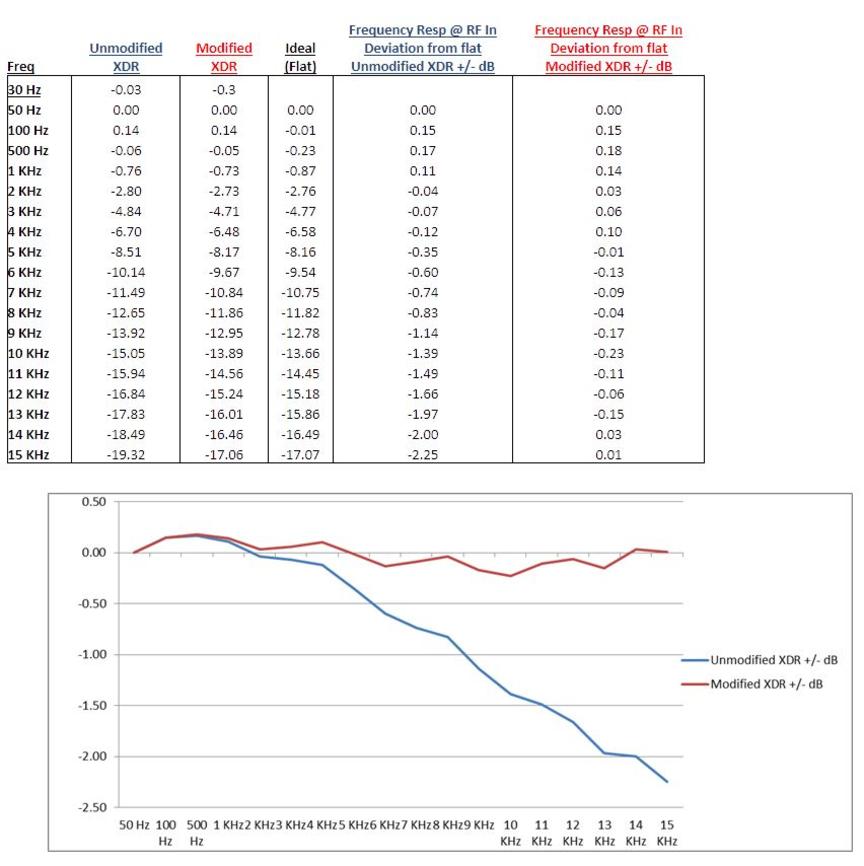 Sony gave the XDR amazing reception capability, and its DSP section is very high quality.  But its analog audio preamp can be made much better:

The audio analyzer plots below compare the unmodified XDR audio preamp to my custom audio upgrade board.